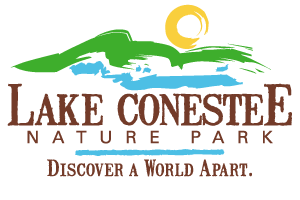 Lake Conestee Nature Park consists of approximately 400 acres of beautiful natural habitat on the Reedy River just 6 miles south of downtown Greenville, South Carolina. The park contains both hardwood and evergreen forest, extensive wetlands, 1.5 miles of the Reedy River, and a rich diversity of wildlife habitat. Deer, raccoon, beaver, fox, river otter, and various small mammals inhabit the park, along with numerous species of reptiles and amphibians. Over 150 bird species have been reported by the Greenville County Bird Club.

The Park is managed through a partnership between the Conestee Foundation (a non-profit organization) and the Greenville County Parks, Recreation, & Tourism, and currently serves as the “southern hub” of the developing Prisma Health Swamp Rabbit Trail that connects Travelers Rest to Greenville and beyond. The park is open daily and there is no charge for entry. Current facilities include several miles of natural surface and paved surface trails, five trail heads with public parking, 650 linear feet of boardwalks in the wetlands, and a large wetlands observation deck. The paved trail is wheelchair accessible.

Just across the pedestrian bridge over the Reedy River you will find Conestee Park, formerly known as the Old Municipal Stadium. The property was left vacant after the Greenville Braves moved on but has been completely renovated into an all-purpose community park. Along with the stadium, 4 baseball fields, a giant picnic shelter, playground, Korean War Memorial, walking trails, and passive open space have been added. Conestee Park compliments Lake Conestee Nature Park with several access points to the natural surface trails and wildlife preserve that LCNP offers.

In 2013, the Conestee Foundation was awarded 2 Recreational Trails Program grants from the SC Department of Parks, Recreation, & Tourism. One will connect Conestee Village with the area known as Sparkleberry Island. The other will provide a paved, accessible spur from the current Prisma Health Swamp Rabbit Trail across the pedestrian bridge that spans the Reedy River, and into Conestee Park. This will provide ample parking and convenient access to the Swamp Rabbit Trail from the east side of the river. 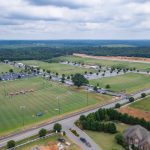